How to Create a Successful Apple Watch App: 5 Major Guidelines. 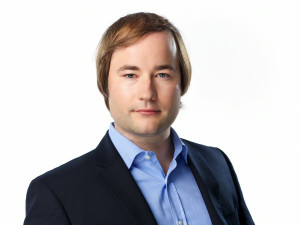 With the most ballyhooed smartwatch ever soon to be adorning customers’ wrists, it’s a terrific opportunity for developers to get into the game. We’re talking of course about the Apple Watch, that sleek aluminum, steel or gold object of envy that retails from $349 to $17,000 and goes on sale April 24. While expectations vary over how it will sell, one analyst predicts that 20 million of the watches will be snapped up by year-end, making it the most popular smartwatch ever. Like the iPhone before it, the Apple Watch will be defined less by externals and more by its apps, creating a unique opportunity for developers. However, as Apple’s first entirely new platform since the iPhone debuted in 2007, developers must learn a completely new set of design and development standards in order to truly take advantage of the device.

To do that successfully, they need to consider these five major guidelines:

1. Context is king. Apple Watch wearers won’t be tethered to their watches. They won’t stare for long periods at the watch face to interact with the device. Apple has actually urged developers to design their apps to be used for no longer than 10 seconds at a time. That’s a far cry from designing an app for an iPhone where users seemingly can’t keep their eyes off their device. Instead, interactions will be casual and quick – a speedy email check, a flight departure confirmation, a meeting date change.

The key: Don’t try to replicate the full feature list from your iPhone app on Apple Watch. Be selective. That means omitting “unessential” features and including only the functionality that work best within the context of the Watch experience.

2. Reduced friction. Compared to a smartphone app, a wrist-based device is inherently easier to interact with. With the Apple Watch, suddenly the friction of a pocket device is gone. No longer does a consumer have to pull a phone out, unlock it and open an app. Everything is of the moment and seamless. For developers, it’s important to carry that natural frictionless through to the UI and your in-app navigation.

The key: Distill the UI to the bare minimum to match the device’s simplicity. The Watch is about convenience and apps need to reflect that, not just in features, but in presentation and flow. You also have to account for the screen size – or lack thereof – making a stripped down interface even more of a requirement for navigation.

3. iPhone-dependent. Because the Apple Watch Software Development Kit (SDK) is embedded in the iPhone app SDK, developers need to account for the interdependencies. Today’s Apple Watch is nothing without an iPhone, which includes all the relevant code while Watch apps contain only the application resources and UI display.

The key: Because of the symbiotic relationship between the two devices, you need to micromanage and plan your rollout process carefully, considering its impact. Especially among bigger mobile companies with longer release cycles, this will have a considerable effect on timing.

4. Think long-term. One of the major challenges for developers is the fact that the Apple Watch SDK is in beta so they face some uncertainties until the final version is released.

Recognize that the product and the functionality allowed will evolve over time. For that reason, you need to anticipate where it could go and be as flexible as possible. That flexibility needs to be baked into development plans to allow for the iteration required to provide a holistic experience in any upcoming releases.

The key: Establish a long-term plan for additional use cases and app functionality. Consider all possible variations and extensions so you can easily make changes in upcoming app updates. With a final SDK, you’ll want to introduce new features to remain a major player long after the Watch’s launch.

5. Change the paradigm. Normally with apps you want to keep people engaged as long as possible. With the Apple Watch, the reverse is really true. You want to get people in and out of the app as quickly as possible. That’s what makes an app a success across this particular experience. No one will want to scroll, read beyond a few words, or tap multiple times on the tiny watch face.

The key: Think differently. With Apple Watch, you’re fundamentally redefining what success has typically meant. Change your mindset and put yourself in the user’s head. You will need to reorient your thinking, coding and design skills so your apps will easily work on the tiny screen. And remember, the goal is making Watch apps dead simple and convenient.

Christian Gaiser is CEO of Retale, the U.S.-based operations of Bonial.com Group. Bonial.com is a global alliance of companies in the United States, Germany, France, Spain, Russia, Brazil, Mexico, Colombia and Chile, providing location-based comparison shopping services to online and mobile consumers, retailers and manufacturers. He is responsible for strategy, communications, marketing, sales and business development.